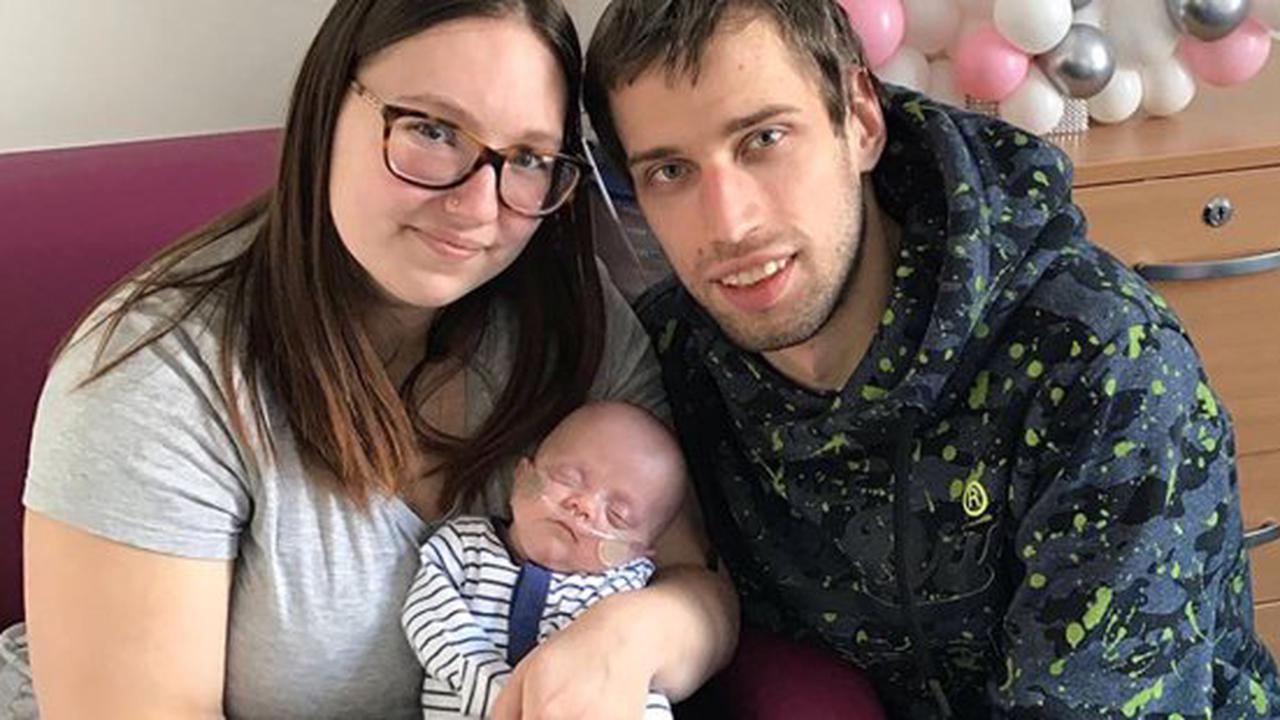 Mom’s message to those who are in a similar position is encouraging and hopeful.

Sofia Viktoria Birina was born on October 2nd, after a gestation of barely 22 weeks and 4 days. Despite having a 10% chance of surviving labor, the tiny Scottish girl overcame the odds and returned home on February 10.

The tiny preemie entered screaming into the world, weighing only 1 pound 1 ounce – roughly the size of a slab of butter. In a BBC story, her Latvian parents, Egija and Inars, described what happened next as “132 of the longest and worst days of their life.”

The couple, who now live in Lanarkshire, Scotland, were taken aback by the baby’s arrival. Everything appeared to be in order at the 20-week sonogram. Egija then developed unexpected aches and was taken to the University Hospital Wishaw a week later. Sofia decided she couldn’t wait any longer and was born safely after a week of bed rest.

“Sofia was the size of a palm, so delicate and tiny, and her skin was transparent. Because she was so delicate, I had to wait a week to hold her for the first time. They couldn’t get her out of my hands once I was allowed to hold her,” the new mother revealed.

Sofia has already endured a lot of medical challenges as one of Scotland’s youngest preemies. According to the BBC, he had a heart abnormality, stage one brain bleeds, an eye condition, retinopathy of prematurity (ROP), and a variety of infections, as well as requiring seven blood transfusions.

Despite this, the little tot was ultimately able to breathe on her own and grow strong enough to go home with a little oxygen tube, due to her loving parents who have never left her side and the wonderful work of medical experts.

Sofia’s mother described the emotionally draining ordeal as follows: “She was hooked up to a number of equipment and was ventilated for several weeks to help her breathe.” She only survived 20 minutes the first time they attempted to get her to breathe on her own before her heart rate plummeted and I thought I was going to lose her — but the medical and nursing personnel were fantastic.”

Sofia, now 4 months old (and just a few weeks over her due date of February 1), has returned home with a lovely grin and a weight of over 4 pounds.

The doctors say the preemie is growing normally and that she just has to go to the hospital for regular health checks for the next two years, as well as appointments with the lung clinic until she is three or four years old.

“To all other mummies going into such an early labor, there is hope,” Egija wishes to say to anyone who could have a similar experience. “Never surrender.”