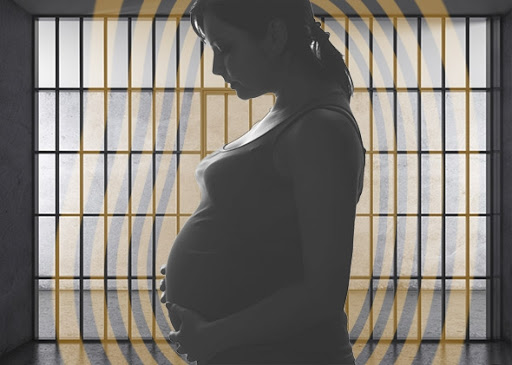 Birth can be difficult even in the best conditions. Imagine giving birth in prison. This is exactly the traumatic event that happened to Kelsey Love. For those responsible, all refuse to take any blame at all.

On May 14, 2017, eight months pregnant 32-year-old Kelsey Love was arrested for driving under the influence of alcohol in Franklin County Regional Jail, Kentucky. On the morning of May 16, two days later, she knew something was wrong. Lying naked on the floor of her cell, she screamed for help. After incredible pain, she realized she was in labor and soon, she will have a baby.

When deputies arrived, she told them she believed she was in labor. A deputy called a nurse but did not mention that Love said she was experiencing contractions. The nurse said she will be on monitor for any change. The deputy left, and no one returned, though Love kept screaming for someone to help her.

When nurses and prison staff came to her three hours later at 8am, they found blood smeared all over her cell and Love, curled-up and handcuffed a newborn. According county rules, she should have been checked every ten minutes.

The incident report from the deputy’s visit to Love’s cell, mentioned nothing that she was in labor, eight months pregnant and in extreme pain. When the deputy noticed that Love had given birth to a child in prison, he wrote that Love was in rehab and intoxicated.

The prison attorneys and the country claimed they were blame for the situation. They said there was no evidence that staff knew she was in labor when they found out she was having a baby. Despite the evidence, they neither claimed responsibility nor admitted they had done anything.

Finally, during this year, the attorneys and the country agreed to a settlement of $200,000 paid off by prison insurance company.

After being sober for two years, Love’s lawyers says she experienced nighttime horrors after the traumatic event. But she is now working hard to get custody of her children.