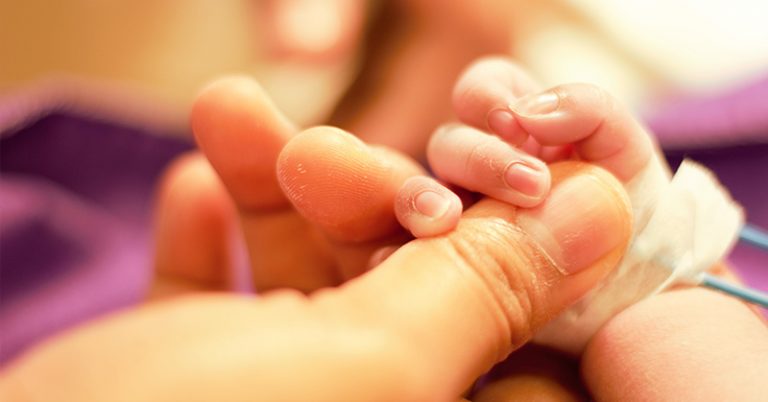 For some women, it can come as a great surprise to learn that they are pregnant. Monica Vega, from Barranquilla, Colombia, was shocked to learn she wasn’t the only one pregnant with her baby.

Vegas’s baby girl, Itzmara, was born at seven months with caesarean section. 24 hours later, doctors performed another c-section, this time on Itzmara herself, to remove her parasitic twin, whom she had absorbed in the womb.

This type of birth is an example of a condition that is very rare. The disease is called  “Fetus-in-Fetu” and is extremely rare. It is thought to occur in around one in 500,000 births.

“Fetus-in-Fetu” (FIF) occurs when one malformed fetus is enclosed within the body of its twin. It is commonly found in the abdominal cavity. FIF is often wrongly diagnosed as teratoma, a tumor that develops in fetal tissue and contains bone, muscle tissue and hair.

This means that FIF twins are missing certain vital organs such as the heart and brain. They are sometimes referred to as heteropagic or parasitic twins because they take food from their siblings, even though they are incomplete.

What makes the Itzmara case so rare is that doctors were able to diagnose FIF during pregnancy. This is extremely rare, and most cases are not detected until years later. In 2015, a 45-year-old woman living in Cyprus underwent surgery for a tumor on her ovaries.

When the doctors who performed the surgery took a closer look, they noticed that the tumor on Jenny Kavanaghs ovaries had a face, eyes, teeth and long black hair. It also had a heart and a brain. Another report appeared in August 2019, when parasitic twins were found in a 17-year-old girl in India. After visiting the doctor after complaining of abdominal pain, they found her malformed twin remains, including teeth, bones and hair.

There are some risks associated with FIF. However, it is considered a harmless condition. Doctors are not sure why it takes so many years for symptoms to appear, but in most cases the patient makes a full recovery once the mass is removed.

It is important to remove the mass in its entirety for a number of reasons. Complete removal eliminates the risk of developing cancer. In one case, it was reported that a mass that was not removed returned as a tumor four months later.

“The fact that it had long black hair — just like mine — a face with one eye, and one baby tooth makes it more believable,” she said. “It’s difficult to describe how I felt when I saw it. I felt shocked, very scared, horrified, and it felt like an alien was inside me.” explained Kavanagh.

In Itzmara’s case, doctors decided to deliver him by cesarean section, fearing that the internal twin would crush his abdominal organs during birth. Today, according to the doctors, she is doing well. She has a small scar on her stomach but he is a normal baby and the whole world is talking about her.