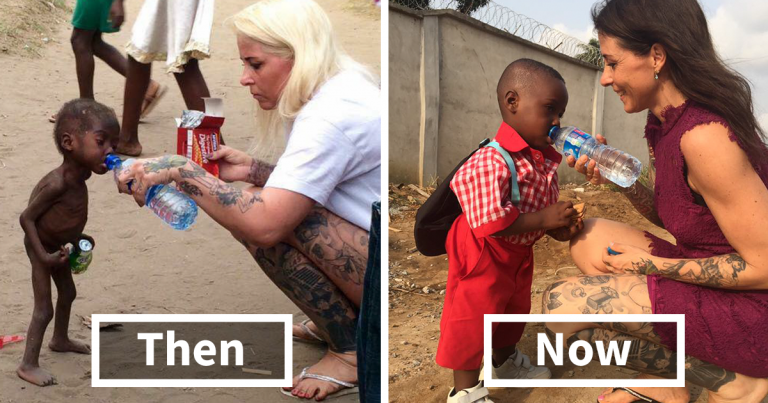 A few years ago, the world was shocked when a frail Nigerian boy was offered a drink of water by a Danish aid worker. I bet you remember the photo of the starving little child, it showed the shocking reality of stigmatization of children through witch-hunts in Nigeria. This terrible trend is a consequence of poverty in the region, lack of education and superstition, and has led to the abandonment and death of many children. In January 2016  Anja Ringgren Lovén found a young boy abandoned and accused of witchcraft on the streets of Uyo, Akwa-Ibom, Nigeria, through an organization called Dinnodhjaelp (To Your Relief).

The little hero was taken to hospital to receive medications to treat the worms in his stomach and daily blood transfusions. Despite the inhumane conditions in which he lived and the abuse to which he was subjected, he was found naked and almost dead. Devastated after hearing his story, people from around the world donated more than one million dollars (800,100 euros) to help the little boy. He has a name Hope. 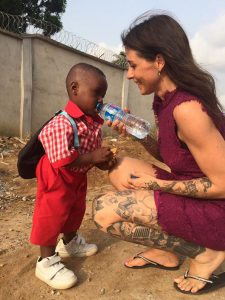 He gained weight and underwent surgery for a genital defect in his back, known as hypospadia. One year later he had made a remarkable recovery and had just started school when Anja and her team re-enacted the first photos to show his progress. He was ready for his big start. 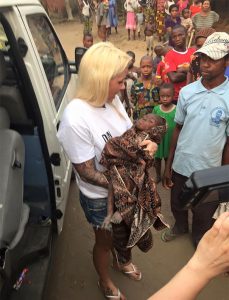 On January 30th, 2016, I went with David Emmanuel and Umem Nsidibe Orok from our Nigerian team to a rescue mission. The rescue mission went viral and today it is one year since the world learned of a little boy named Hope. He went to school this week. This is fantastic news, celebrated by people all over the world. 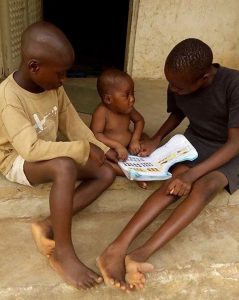 Anja and her husband David Emmanuel Umem are the founders of the African Childrens Aid, Education and Development Foundation, a charity helping abandoned children. She and her colleagues have fought to save and house children labeled as witches. Nigerian religious leaders have accused children of witchcraft and poor families of performing alleged exorcism services. 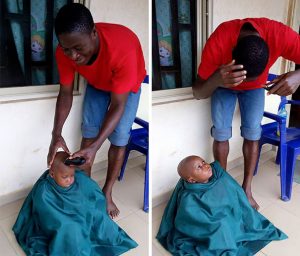 Martin Dawe, spokesman for the United Nations Children’s Fund, said that charges were triggered by the death of a relative, loss of a job or denunciation from a pastor. Some children are killed or tortured by their own poverty-stricken parents. The old school belief is that those responsible for negative change are punished for a lack of education, religion, or a combination of Christianity, paganism, or community. 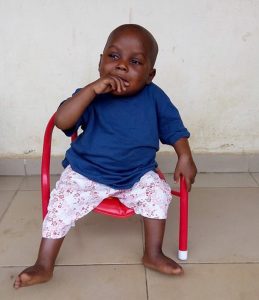 Hope lives with 74 other children in an orphanage run by Anja and her husband. With appropriate care and attention, he has proven that life can be turned around. Anja occasionally shares pictures of Hope on Facebook, and her posts show him donning his school sports gear and taking part in internal sports competitions. You can see that he is growing up fast, he is a good-looking, healthy and happy boy, thanks to the enormous love and care he receives every day from our staff and our children. “I love this little boy so much,” she claim. 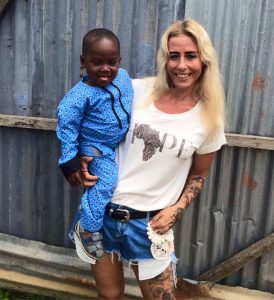 I’ve seen that famous picture of him so many times. He pointed this out when he said it was him in the picture, he smiled and he was proud. But I knew it wasn’t pride. 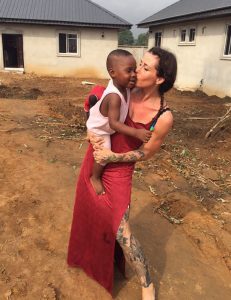 It is only when children are taught to think differently, not to think like that, that we as a society fail. Children are born without prejudice. They are born with the capacity for forgiveness. We are brought up to hope rather than hate, and his parents have abandoned him, accused him of being a witch, and left him alone in the street to die.

When a society develops, people are denied basic rights such as access to education, health care and social protection. Superstition can be caused by a lack of structural education, extreme poverty, religious fanaticism and corruption.

Education is the strongest investment a society can have, and the greatest weapon against ignorance. You may remember the starving boy who was found in Nigeria in January 2016. A lovable face, accused of being evil.