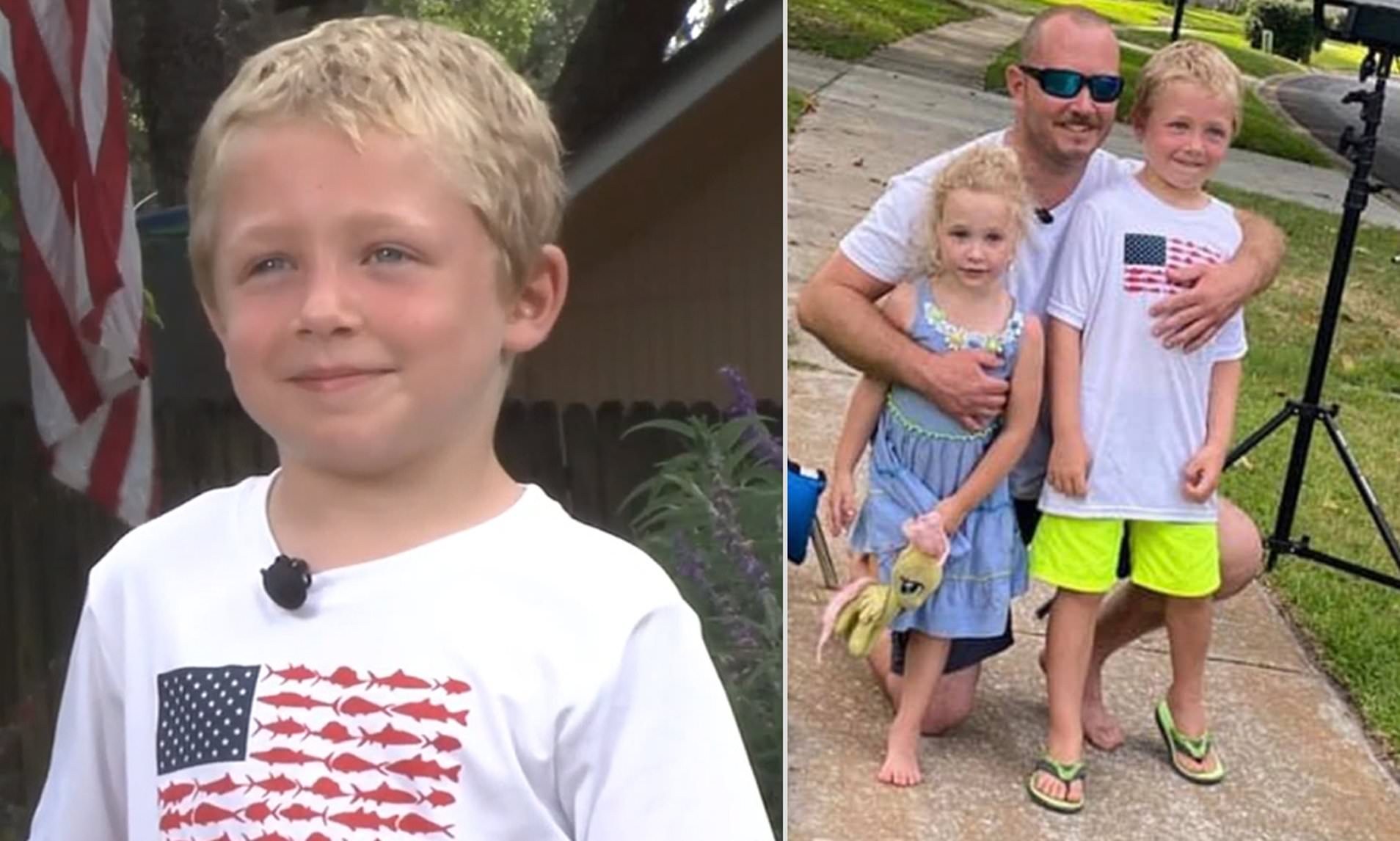 “Little man … made it to shore and got help, and that’s what saved our lives,” Steven Proust told WJXT of his son, Chase.

A 7-year-old saved his father and sister by swimming one mile after a boat accident on Memorial Day weekend. The boy, father and younger sister were swimming alongside their father’s anchored boat on the St. Johns River in Jacksonville, Florida, on Friday night, the family told WJXT.

The two children were enjoying their time in the water when Abigail lost her footing and was caught by a strong current. “The current was so strong that my sister — she usually hangs out at the back of the boat — and she let go. So, I let go of the boat and grabbed her, and then, I was stuck,” Chase told the news station.

“I felt really scared,” he added.

Steven Proust, her father, jumped into the water to save her and was asked to swim to shore while my son tried to rescue his sister.

“I told them both I loved them because I wasn’t sure what’s going to happen. I tried to stick with her as long as I could,” Steven recalled to WJXT. “I wore myself out, and she drifted away from me.”

Chase began the long, 1-mile swim ashore and switched from swimming to his dog paddling. The swim took about an hour. Florida Fish and Wildlife discovered the family with the help of the Jacksonville Fire and Rescue Department and Jacksonville Sheriff’s Office after an hour-long search. When he reached the shore, Chase said he ran to the nearest house he could find and knocked on her door.

WJXT said Chase and Steven are not required to wear life jackets. Only children under 6 years of age are allowed to carry one on the ship, which is 26 feet long or shorter.

Steven knows how lucky they are to have made it out of this situation. “By the grace of God we are here,” he claim. A little man made it to the shore and got help, which saved our lives.

Asked how he had become such an accomplished swimmer, he replied honestly: “I have no idea.”