Four-year-old Miami preschoolers made headlines online in 2017 when they said they couldn’t only be best friends or sisters. Jia Sarnicola and Zuri Copeland have been adamantly stating that they are identical twins, and they have a vast set of justifications for their claims. The sisters, who are now 6 years old, claim that no one could dispute that they are twins since their birthdays are almost same, they are both four years old, they are the same height, and they have the same soul.

The girls have refused to be informed otherwise, and they have celebrated together each year even though their birthdays are technically two days apart on June 3 and June 5, respectively. 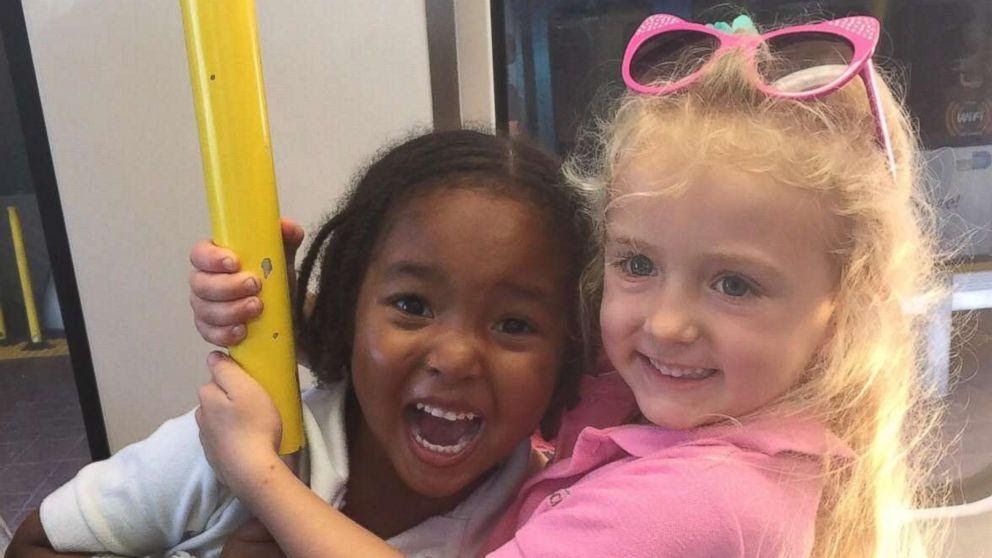 Their mothers, Ashley Sarnicola and Valencia Copeland, have been doing a terrific job of giving in to their demands to wear the same clothes over and over again. Jia has brilliant blonde hair and is Caucasian, but Zuri is African-American and has black hair. These stunning young women gained notoriety for spreading the simple but important message that races should only be used to define people in terms of physical similarity. There shouldn’t be any more disconnections or exclusions. The human race is the one race that everyone should easily identify with. Story over.

Jia’s mother Ashley told ABC News, “I believe that’s one of the good things about growing up in a global, melting pot city.” They are colorblind. We’ve never discussed it with them.

“It’s incredible. They hit it off right away, Valencia, Zuri’s mother stated. It was fantastic to see how well they got along.

The girls work together on everything. They attend the same preschool, and they spend almost every other hour in each other’s company after school. They even have a board in their school that hangs on the wall that highlights their admirable friendship.

The mothers of the girls are excellent friends who are resolved to constantly support the strong bond that their kids share.

They are both young Geminis, Ashely remarked. “They are both quite extroverted, educated, well-spoken, and not hesitant to tell you what they want. They both have very strong personalities.

They connected right away.

However, there are painful times when youngsters need to be made aware of just how harsh and callous society really is.

Valencia told CBS News, “You know, you’re pleased for a split second and then you’re sad because they have to grow up – and then society takes over.”

The girls’ first brush with prejudice was remembered by the mothers. They were attending a birthday party, and since they were wearing the same outfit, it was obvious that they were twins to everyone who wanted to look. They were being bullied by an older girl who claimed that they couldn’t be twins because they didn’t have the “same color skin.”

The females were in such shock at that horrible statement. Jia started crying right away, but her anguish rapidly changed to rage, and she yelled at the cruel kid, “You don’t know what you’re talking about.” Since we have the same soul, we are twins.

Valencia stated, “I was just thrown by that word.”

The girls’ mothers are optimistic that they will continue to push boundaries and overcome obstacles despite their worries about what the future may hold for their children’s extraordinary friendship.

The girls occasionally argue, despite the fact that they have many great moments and happy days together.

Nothing, certainly not boys, should be able to sever their bond as sisters because they are meant to remain sisters for life. Jia was once suspected of dating by Zuri, which could have put their twin sister relationship under strain. The girls are still closer than ever, despite the fact that it was a difficult score to settle.

As the girls get older, their mothers anticipate a ton of drama, but their love for one another will keep them together no matter what.

Valencia remarked, “We have a lot to learn, and we can learn from kids.