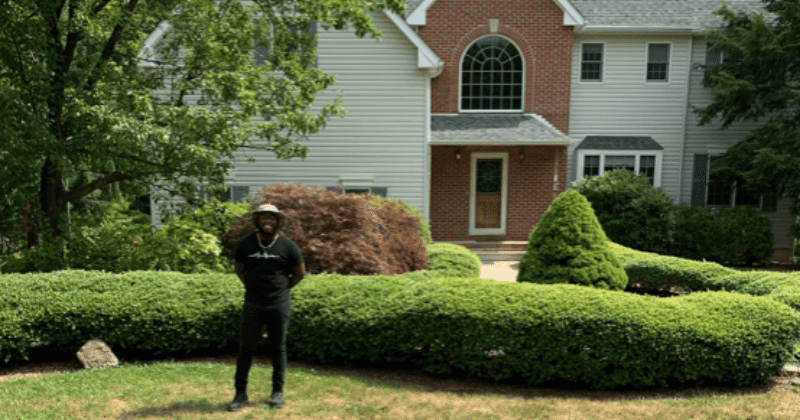 Chris Atoki was homeless four years ago, but something happened that altered his life forever. In his early twenties, he purchased his first home. This may sound insignificant to others, but for someone who was homeless at the age of 18, it is a dream come true, according to Goalcast.

Atoki had a rough childhood, having to support his mother while still attending school. Every day, he had to work a 12-hour shift from 5 p.m. to 5 a.m., get up at 7 a.m., go to class until 3 p.m., and then take a 2-hour nap before returning to work. He stated on Twitter, “My boss at work announced one day that he needed to decrease a few people’s hours, and since I’m in school, he chose me to be one of them. I assumed everything was good. I could still pay Mom’s rent and sleep in, so that’s a win-win situation, right?”

4 years ago I was homeless sleeping in my car, showering at the gym, wondering where my next meal would come from. Today I’m officially a homeowner! pic.twitter.com/GpI18DEzxa

He was laid off barely two weeks later for not working enough hours. As he puts it, “I am now eighteen years old. My only work was fueling trucks, and I’m still in school because I was taught that’s what you needed to do to make it. The difficulty is that I lost even more money because I didn’t have any income and didn’t have any parental support.”

He had to drop out of school since he could no longer afford it. He applied for hundreds of scholarships and was awarded one, but he couldn’t afford school on that budget. After a falling out with his mother, he was kicked out and lost his home.

“I was kicked out in the dead of winter in November. I attempted to sleep on my grandmother’s couch. It didn’t last long. I attempted to remain in my girlfriend’s dorm. That didn’t sit well with her father. Understandable.” He slept in his car in the Walmart parking lot with less than a dollar in his pocket.

I’m proud of myself.

After going through a difficult period, Atoki considered suicide before realizing that “the only person I could honestly trust on was myself.” As a result, he went to the library and filled out applications for every job that came to him. He became a mattress salesman who had to go meet clients after purchasing a new car with the money he saved by doing odd jobs. Even though he earned $30,000 a year, he couldn’t afford an apartment. He used to shower and go to work at the gym next to the Walmart parking lot until one day when he overslept before his shift and was nearly caught by a coworker. He was able to rent a room for $550 a month in the end.

So I got some time to write. About 5 years ago I was working full time at a warehouse and I was going to college full time. I had to work full time because I had to give my mom what equates to about a weeks worth of pay every two weeks at the time.

He did not, however, want to do this for the rest of his life. As a result, he applied to The Lambda School, which fulfilled all of his requirements except for the fact that they only offered full-time courses. Atoki was undeterred and addressed an email to the school’s CEO. The CEO’s conversation with him prompted him to pursue more study.

His son’s birth encouraged him, and he worked tirelessly to provide for him. After graduating from high school, he took a job as a teaching assistant in order to give back to his community. He also applied for and was hired for a tech job in Philadelphia. He was ultimately able to purchase a home for his family, despite the fact that the odds were stacked against him. “I’m in a better financial position than I ever imagined. Finally, I’ll remark that it doesn’t matter where you are. Find a way to motivate yourself to perform better. It isn’t something that happens over night. I’m not a unique individual. I’ve simply taken command of my life.”