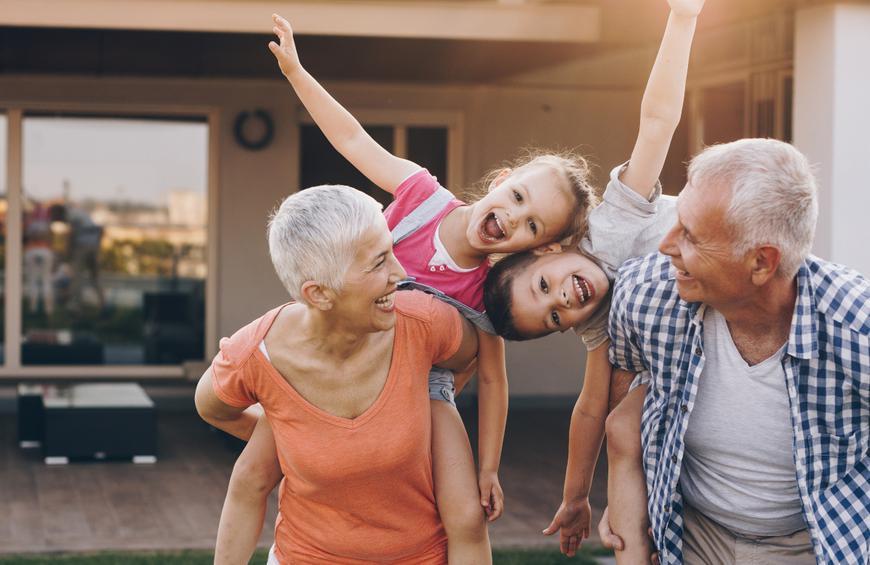 When you question a grandparent about their grandchild, they become a friend rather than a stranger. They always have some amusing anecdotes to tell, and their smiles show their delight. The two have a unique relationship. However, it turns out that the relationship is more than that; it is also advantageous to their health!

Having grandkids is beneficial not only to the grandparents’ morale, but also to the grandchildren’s.

Grandchildren also assist their grandparents in having fresh and fascinating experiences in life. When their grandkids need to study an instrument for school, someone who has never considered learning an instrument may do so.

They also hear all of their grandkids’ lovely stories about their outings and school travels. Not only that, but the grandparents have a willing audience in the form of their grandchildren, who are always eager to hear about the old days and what their grandmothers got up to.

“Grandchildren are my reward for having children,” a delighted grandparent once stated, and he couldn’t have said it any better.

Grandparents aren’t the only ones that benefit from this; the grandchildren do as well.

Think again if you thought the relationship was one-sided. The following are five ways in which grandkids benefit:

1. Grandparents aid in the development of a sense of history or legacy in their grandchildren.

To understand who they are, they must first understand where they came from. The sense of identity that grandparents instill in their grandchildren has a significant impact on their future self-perception.

2. Family customs are passed down down the generations by grandparents.

The family stories that grandparents tell their grandchildren provide them with something to enjoy as well as something they will value for the rest of their lives.

3. Children with involved grandparents have a stronger sense of self-worth.

This could be because their adoring grandparents are always complimentary of them. Even if the children have been bullied in the past, positive affirmations such as these eventually erase the unhappy memories and replace them with happy ones.

“Children who have strong links with involved caring grandparents develop higher self-esteem, improved emotional and social skills, including the capacity to withstand peer pressure, and enhanced academic performance,” writes Susan Bosak, author of How to Build the Grandma Connection.

Grandparents are always there for their grandchildren, whether it’s emotional or financial support. Several grandparents have assumed full or partial parental responsibilities. When their parents are unable to care for their children, such as when they are incarcerated, some of them step in.

They can also simply keep the seat warm until the parents return from a trip, deployment, or any other trip that requires them to be absent for an extended period of time.

Children gain when they are cared for by their grandparents or other family members rather than being placed in foster care, according to studies.

They have a wealth of knowledge to share to the children. Some children lack certain talents as a result of their parents’ inability to find the time to teach them. Furthermore, some parents lack the necessary abilities, while grandparents who grew up in a less mechanical era have the knowledge and are more than happy to give it.

Sewing, gardening, pumping a bicycle tire, cooking, and baking are just a few of the traditional talents that grandparents teach their grandchildren. Baking is probably the most popular of them all. Even if all they do is rub butter all over the counter, grandkids spend a lot of time helping their grandparents bake. Grandparents, for their part, tend to pass down the best family recipes to their grandchildren.

Raising children in close proximity to their grandparents

Many parents and grandparents would love to do so, but it isn’t always practical. The advantages of children’s proximity to their grandparents, on the other hand, should compel people to do more than just ponder the possibility. It should motivate them to try even harder to achieve it.