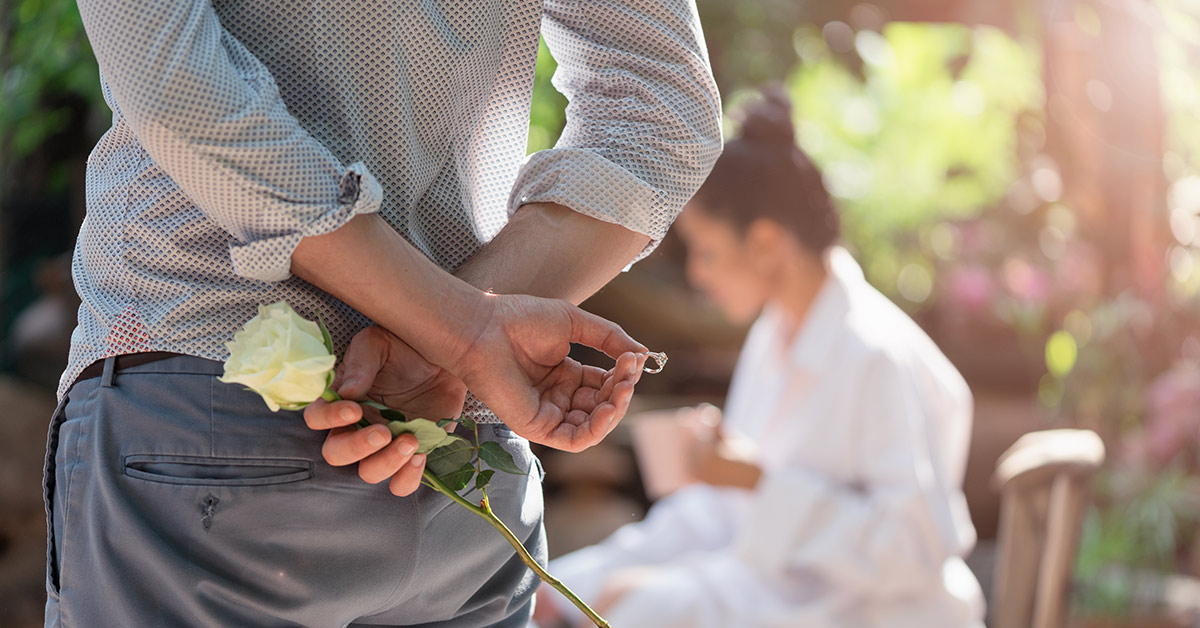 A man saved for ten years to purchase his sweetheart the perfect ring with which to propose to her. She demanded to examine the ring’s paperwork soon after the engagement and expressed disappointment that he had acquired a lab-grown diamond rather than a natural one. He denied her request to swap the $20,000 engagement ring for a natural stone. In the midst of a heated argument with his fiancée, he turned to the popular Reddit thread Am I The Asshole to see whether he was mistaken in his beliefs. This is what Reddit had to say about it.

Don’t get me wrong: I realize that an engagement ring is a piece of jewelry that you will (hopefully) wear for the rest of your life. You want it to be one that you want to wear and that you believe looks good. However, being concerned about particular aspects goes well beyond simply being pleased or dissatisfied with the ring’s appearance. Consider this man, whose fiancée has requested that he replace the $20,000 engagement ring he purchased for her since it is not a real diamond.

“The issue started last week, when she asked me how much I paid for the ring. He opened his post by saying, “I informed her that I had spent around $20,000 on it that I had been squirreling up for the previous ten years.” “She was stunned that I had spent so much money, but she soon grew suspicious that I had gotten such a huge stone (3.6 carats) for such a low price, and she demanded to see the diamond certificate that came with the ring.”

He presented it to her, supposing she was worried he’d been duped into buying a phony diamond. That’s when she noticed he’d bought a lab-grown diamond rather than a natural one. She grew enraged pretty fast.

His Reasons For Buying A Lab-Made Diamond

The guy continues by stating that he is opposed to the natural diamond business. The natural diamond business, as many of us are aware, is rife with violence, criminal activity, and human rights breaches. He goes on to say that not only has he always been honest about his feelings on the subject, but that he also had the support of her mother and friends, who all told him that she wouldn’t mind either way.

“Over the last week, I’ve explained to her why I chose lab grown (it’s better for the environment, I know the precise origin of the stone, so I know it’s not a conflict stone, and it’s ultimately better value for money, and I wanted to purchase her the most beautiful ring I could.) and that lab-grown diamonds are real diamonds in every manner, and that they are indistinguishable from natural diamonds unless you look at their certificate,” he wrote. “I’ve also said that she had no idea and would have never known if I hadn’t informed her how much her ring cost if I hadn’t told her. She claims, though, that she can detect the difference and that it is simply not the same.”

A Relationship On The Rocks

She then inquired whether he would be prepared to switch the ring for one with a natural diamond of equal worth. He claims that this is an area where he is adamant about not bending, therefore he told her no.

“Normally, I would be delighted to,” he said, “but I spent months looking for the ideal ring for her and, while price was the primary consideration, the prospect of receiving a blood diamond sickens me.” “I told her no, and that if she wanted to return the ring and terminate our relationship, she could, but I would not swap it. She called me a jerk and went to her parents’ house to spend the night.”

He’s gotten many texts from her relatives and friends since the dispute urging him to just give in and return the ring. He genuinely doesn’t want to, but he admits that if it means saving his relationship, he’ll do it.

Carbon atoms are arranged in a diamond cubic crystal structure in a lab to create these diamonds. This is how diamonds are formed in nature. Scientists now know how to accomplish it in the lab. Many people believe that natural diamonds are preferable to lab-grown diamonds, but in truth, lab-grown diamonds are considerably superior. Despite the fact that they appear, feel, and are chemically and physically identical.

The original poster (OP) was unanimously voted not to be the asshole on Reddit. However, they had a negative impression of his fiancée.

“If my boyfriend gave me a huge ring, I’d inquire how much it cost, thank him heartily, then encourage him to replace it with something less expensive so we could go on vacation together instead. I can’t imagine being annoyed because my 20k ring isn’t the appropriate type of 20k ring. This is a huge indicator of incompatibility”. One user said, “Totally ungrateful!”

Many others stated that their personal beliefs were clearly at odds, and that if they were him, they would reconsider the marriage.

“As a lady who has lab-grown diamonds on her engagement ring, I can attest that you can’t tell the difference (in fact, I received a much higher quality and larger diamond for less money) and it makes me feel better knowing that no one was abused”, another remarked.

“I’m not sure why you’d want to be with someone who is prepared to break a relationship over a non-conflict diamond given to her out of love and the prospect of a future together. It’s mind-boggling how much of an A-H she is. I can only guess what else she wants or will want from you in the future.”

In response to a few people’s comments, OP stated that his fiancée doesn’t necessarily desire a conflict stone, she’s simply more willing to risk it. Nonetheless, many people are worried that her attention is on the ring rather than what it represents.

A few individuals supported his fiancé’s position, claiming that because it’s something she’ll be wearing every day, her view is more relevant.

OP will have to choose between his fiancé’s wishes and his personal emotions about the diamond business in the end.