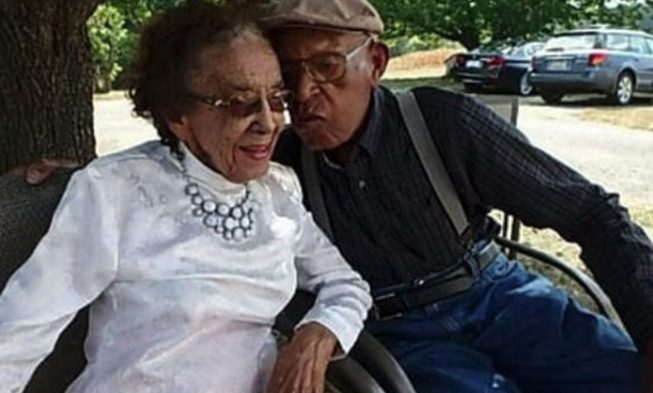 True love does exist, as this couple demonstrates. The couple from Virginia, A.J. and Lillie Reeves, have been married for 79 years, which is the reason for their celebration. A.J. is 105 years old, and his wife is 96.

This beautiful couple has been married since 1941 and want to spend many more pleasant moments together till they pass away. They’re looking forward to next year, when they’ll be celebrating their 80th wedding anniversary.

Many others were aware of and appreciative of their great affection. As a result, they were nominated in the Congressional record of the United States House of Representatives in 2019. Aside from that, they’ve received honors for being the longest-married pair.

Their granddaughter’s perspective on their love

Valerie Le Grand, their granddaughter, is enthralled by her grandparents’ tremendous love. She talked up in an interview on how the incredible love of this fantastic couple touched her.

According to her, their family is overjoyed to have had the opportunity to spend so many special moments with them. She emphasizes that her grandparents’ love tells us that genuine love does exist and that finding one’s soul partner makes individuals truly happy. Their love serves as an example to many young people who are trying to discover genuine love.

She notes that her entire family is looking forward to next year’s event, which will include her grandparents as the center of attention because it will be their 80th wedding anniversary.

Another such amazing couple’s tale

Another comparable example may be found in South Africa. It includes former Johannesburg mayor Herman Mashaba and his wife, who are celebrating their 38th wedding anniversary.

In one of his posts, he mentioned how much he owed to his wife. He expressed his gratitude for her and stated that he would not be where he is now if it weren’t for her.

People who hear stories like this are more likely to believe in real love and soul mates. They educate us not to give up on those we love or feel are destined to be with us so quickly.